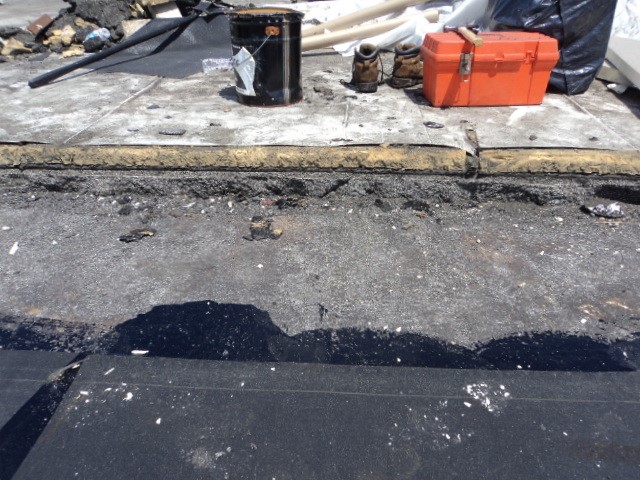 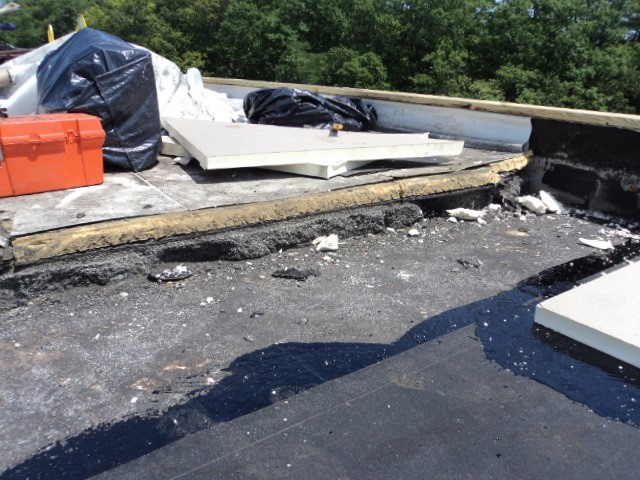 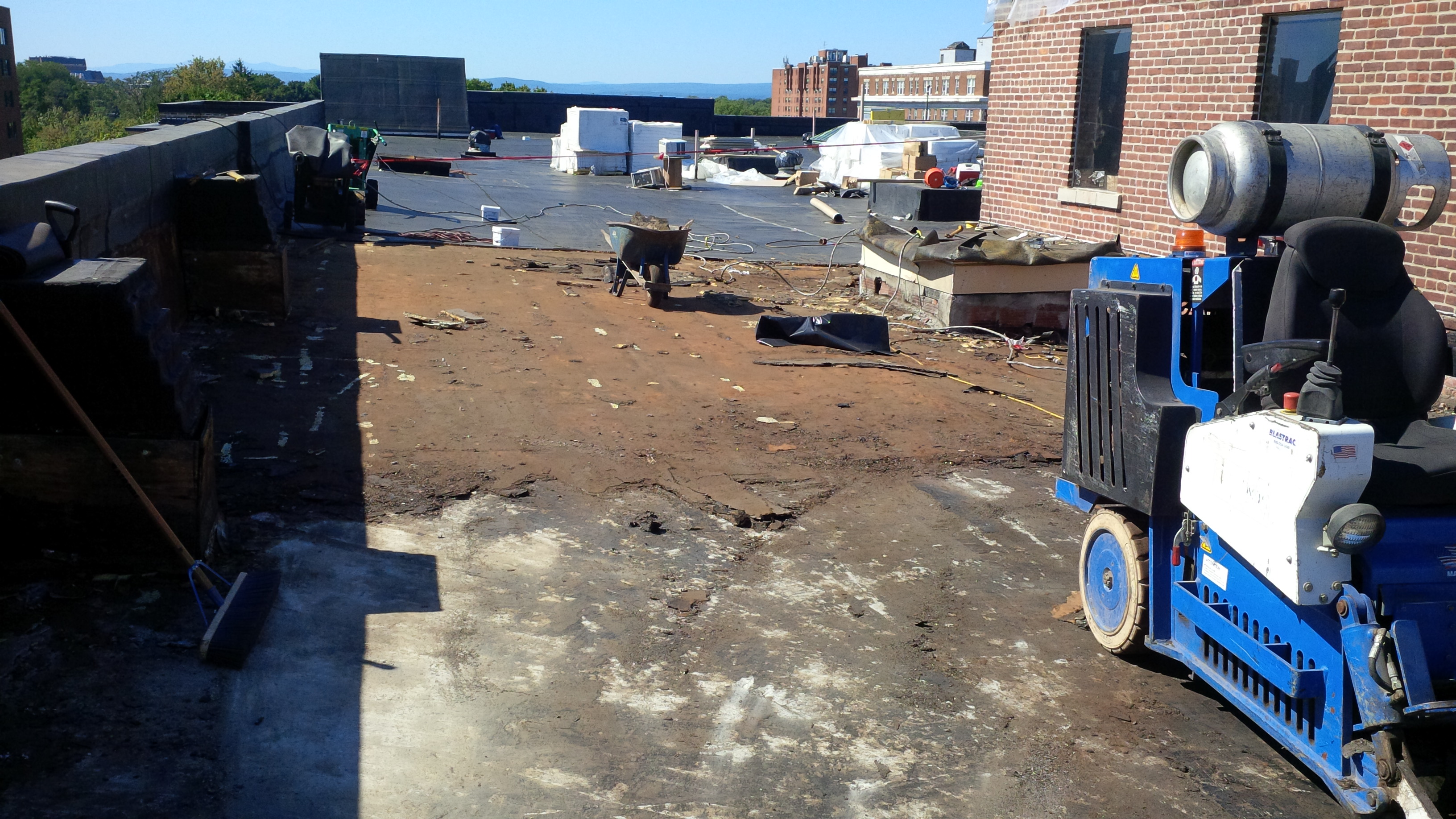 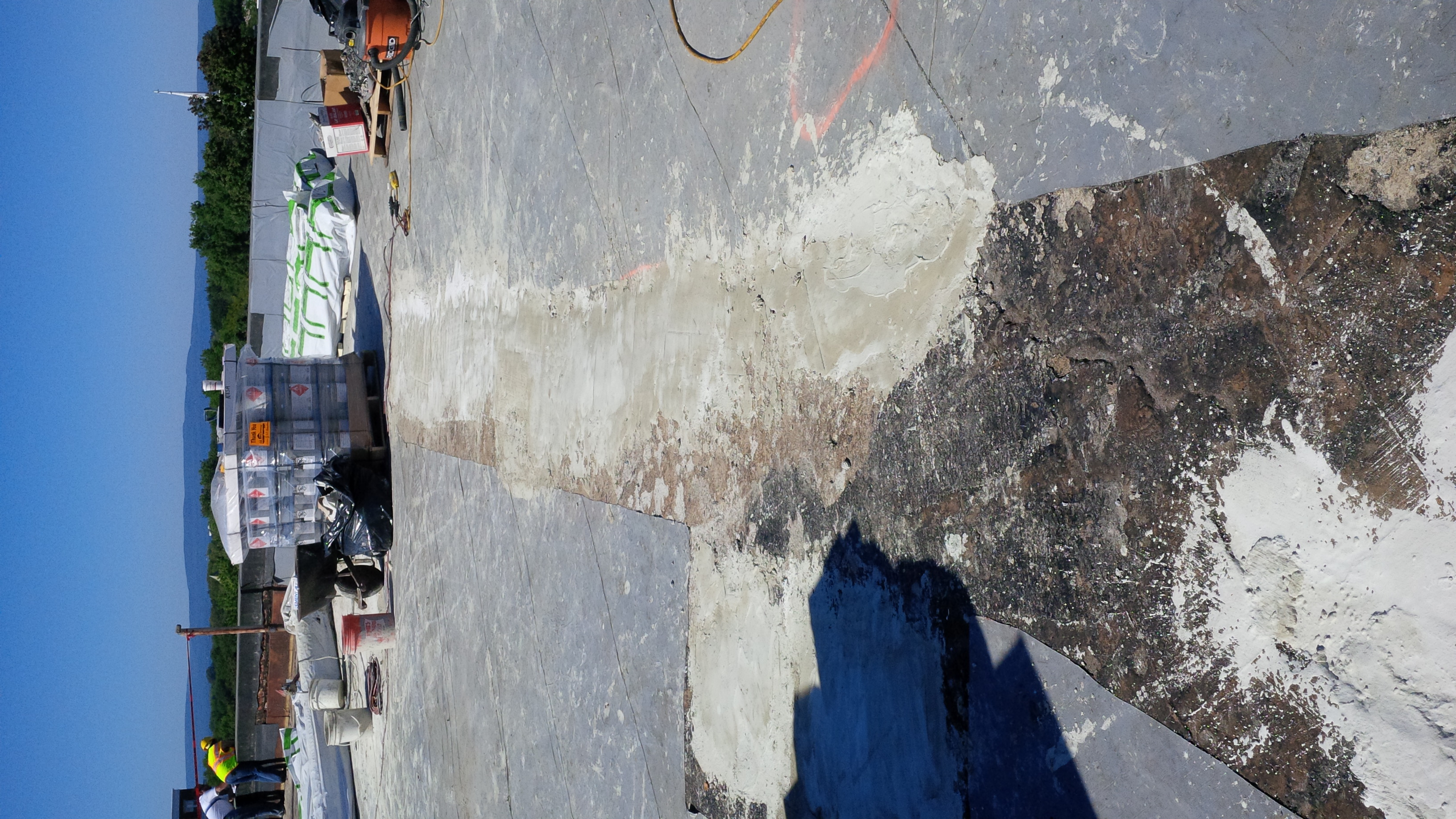 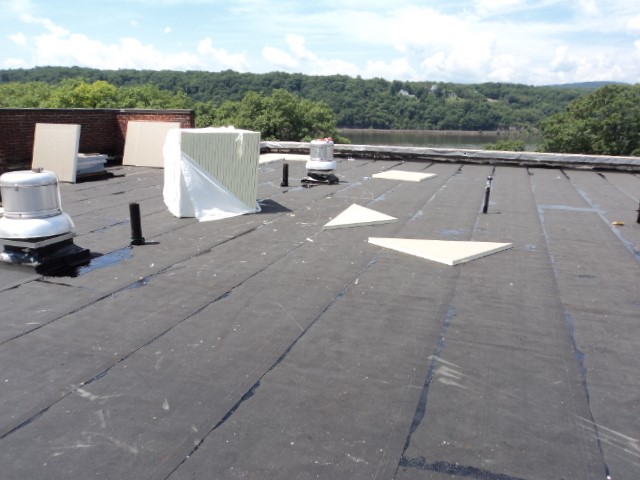 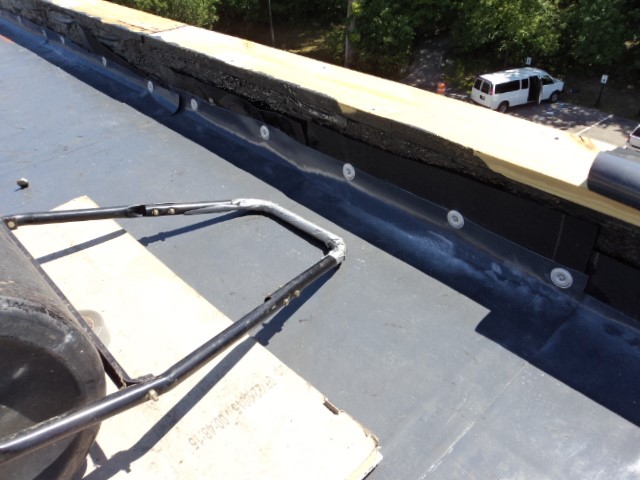 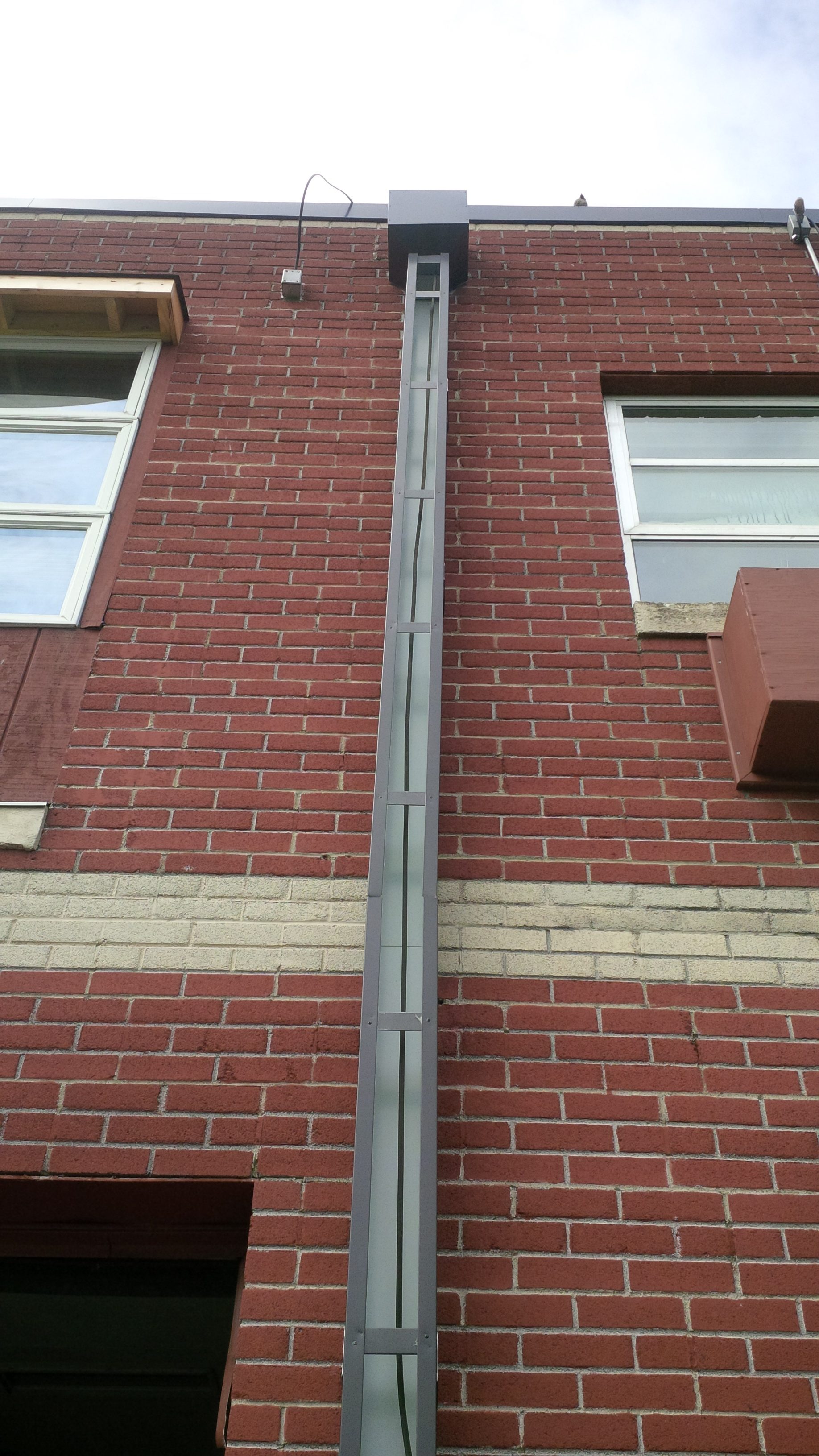 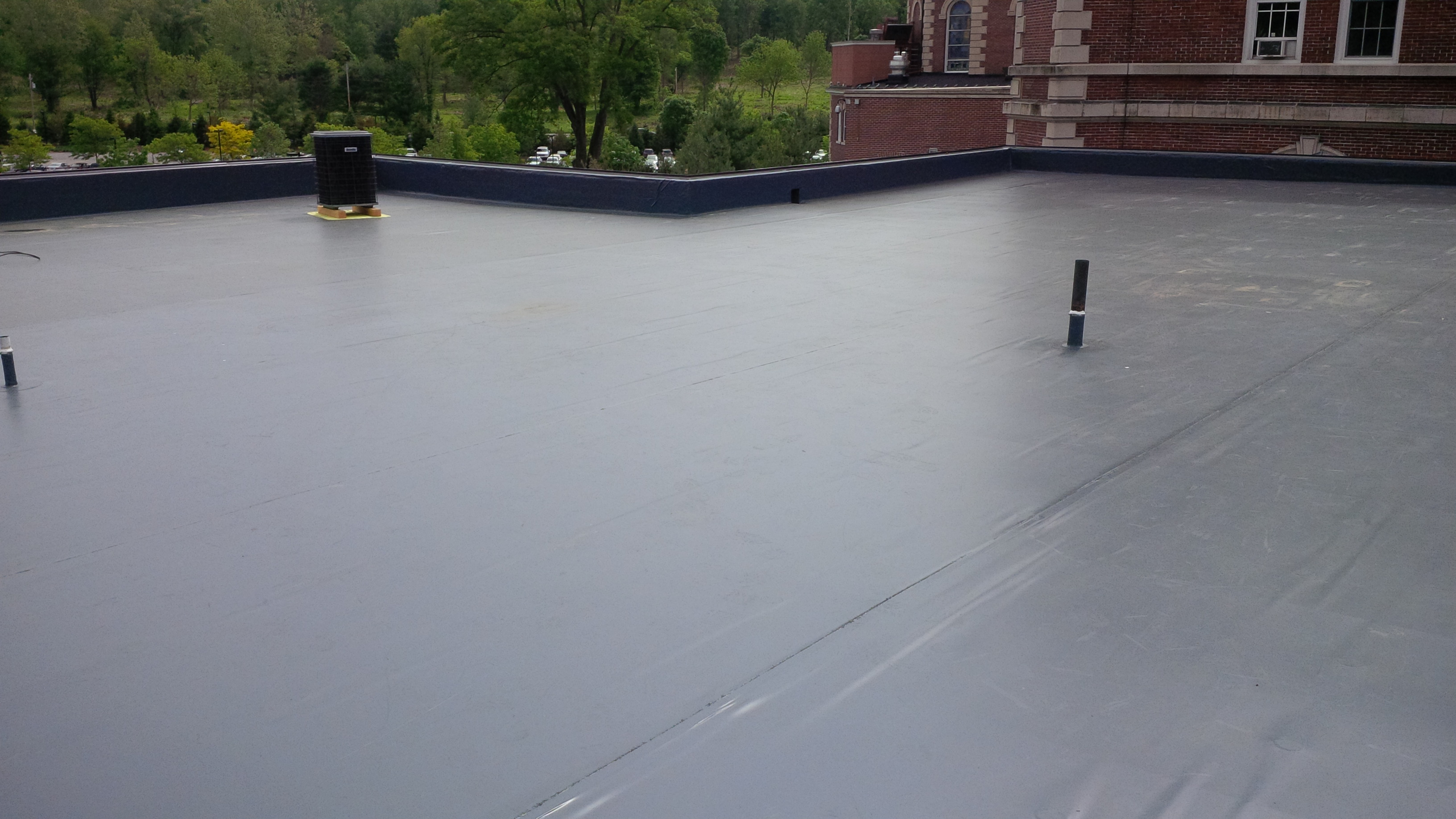 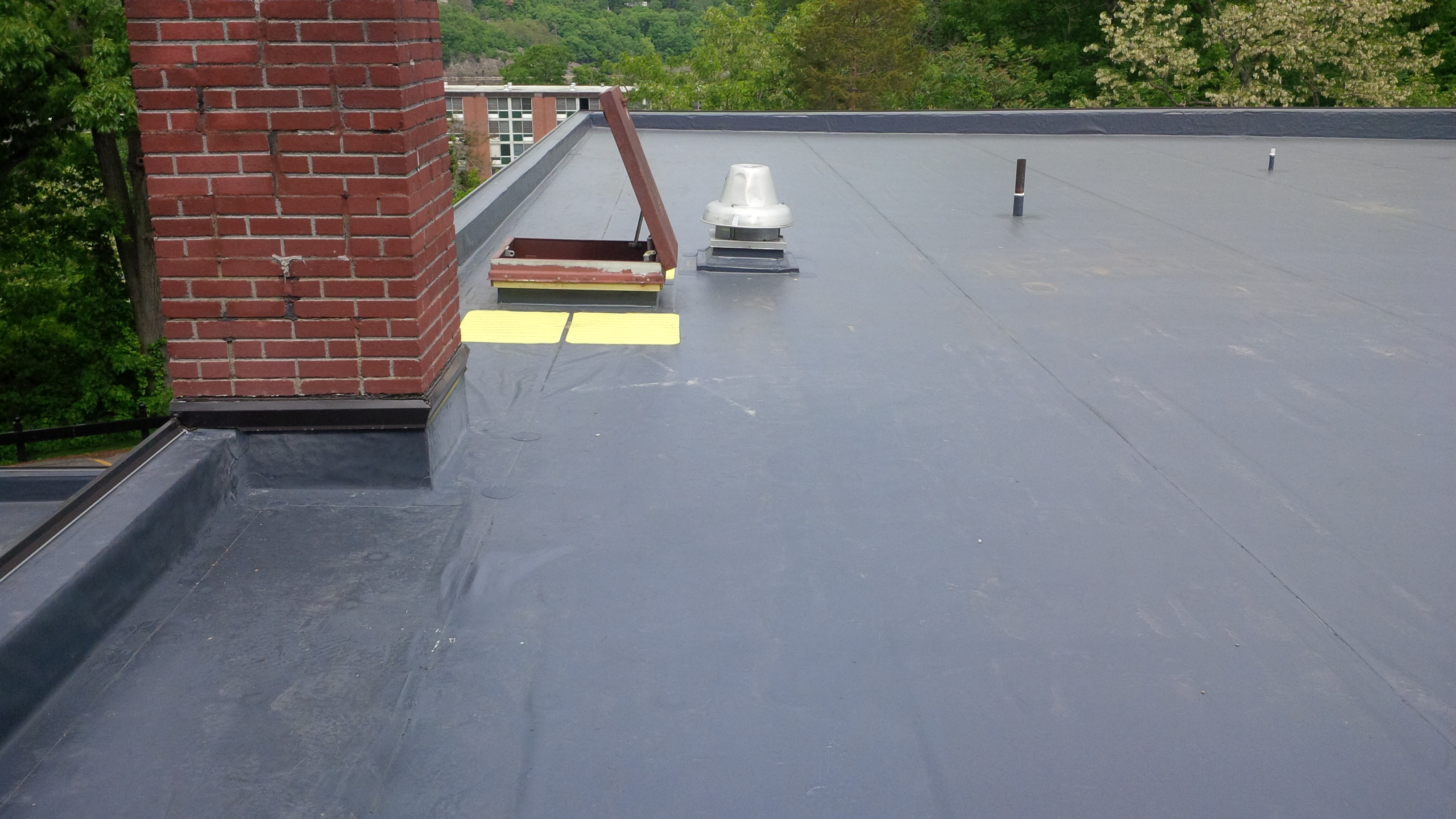 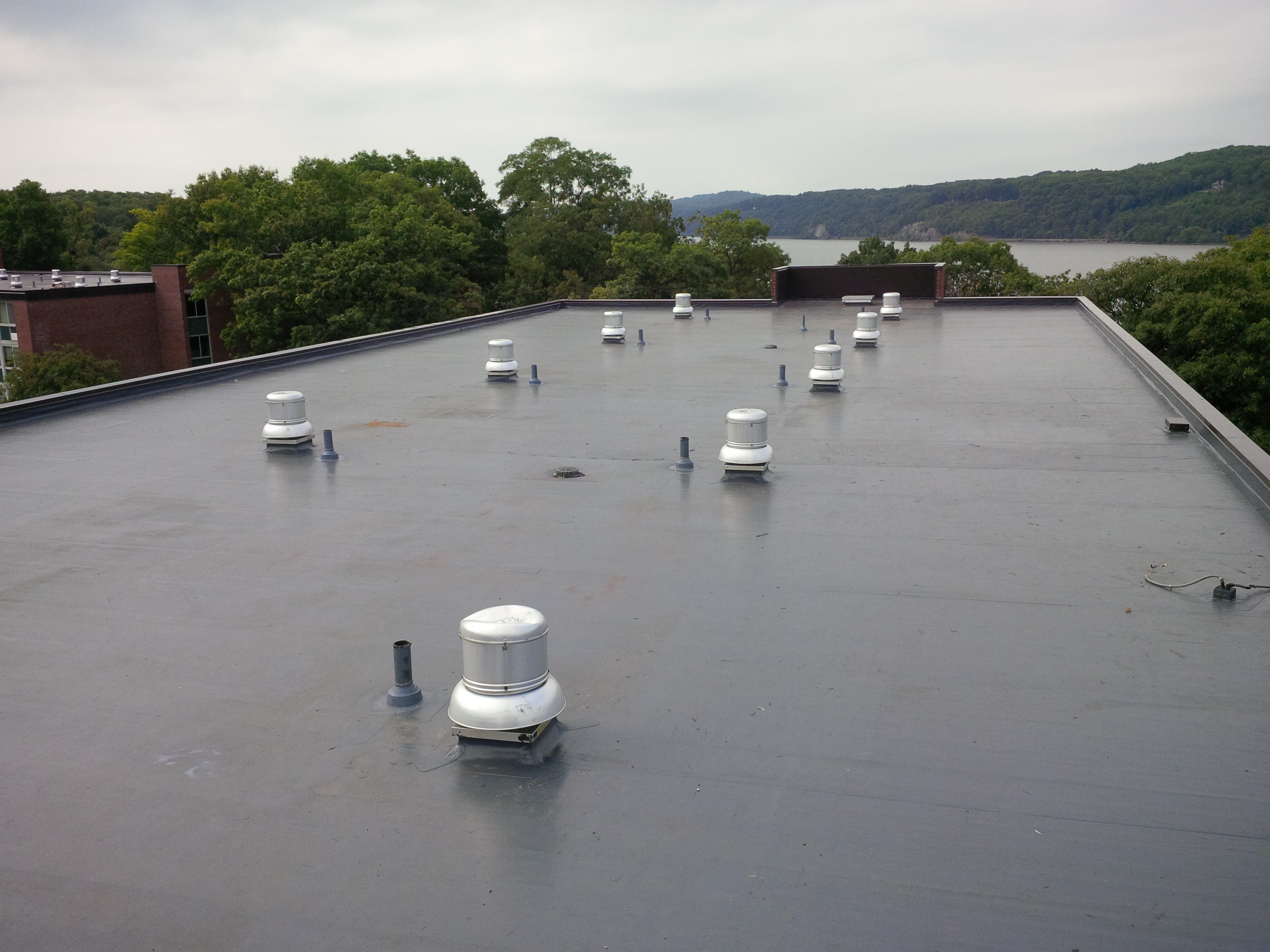 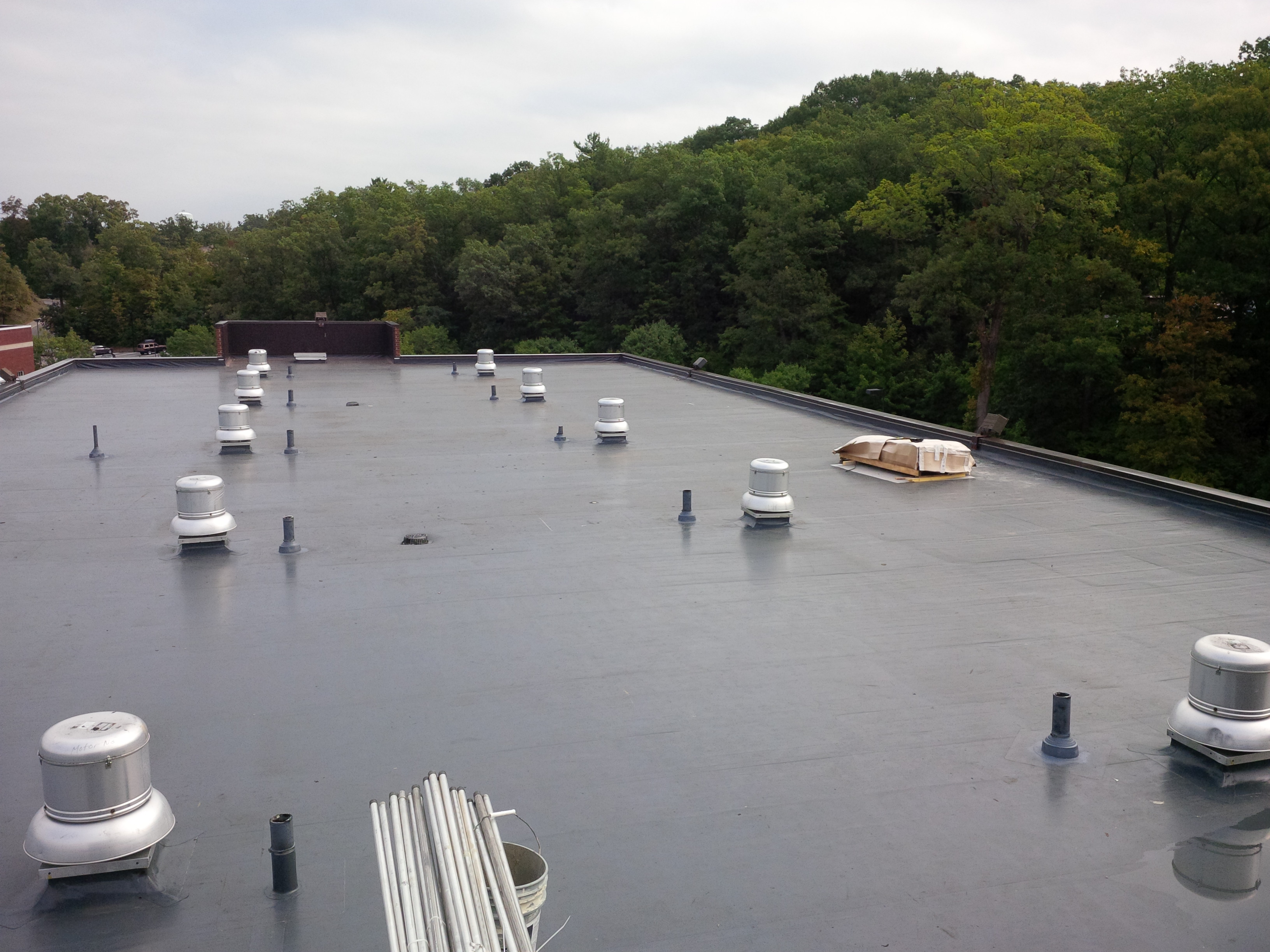 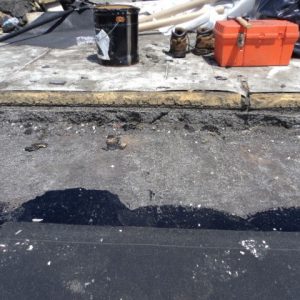 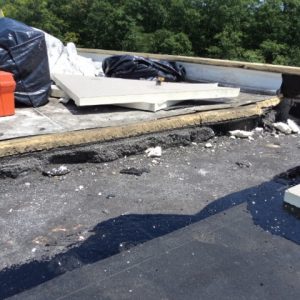 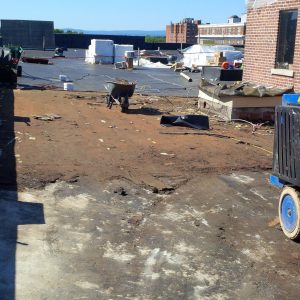 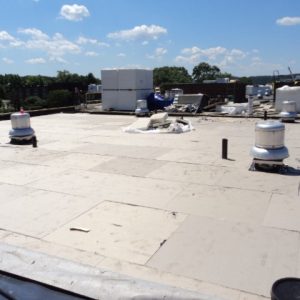 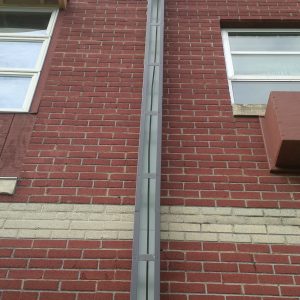 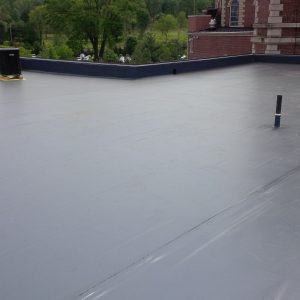 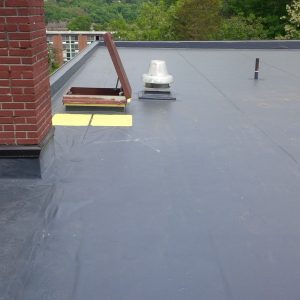 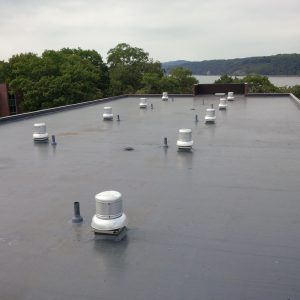 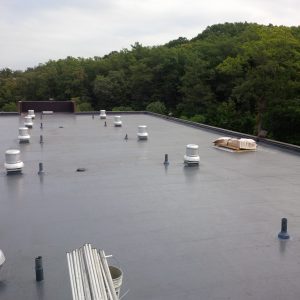 What was the problem?

After our initial assessment, two roof’s were found to be in-place on the dormitories. The assembly consisted of Hypalon© roof’s retrofitted over an original gravel-surfaced, coal tar pitch, built-up roof cover over a poured in-place concrete deck. As a comment, no vapor barrier was found to be present.

The retrofitted Hypalon© roof’s (34,000 s.f.) completely failed due to membrane deterioration, saturated insulation, and low curb height.  In general, it was an extremely poor original installation.  Additionally, the roofs were found to be positive for asbestos.

What was the solution?

At the request of the client, construction documents were prepared by Roofing Innovations, LLC,  to allow for solicitation of competitive bidding,which was performed and our solution was implemented.

The new roof construction included a KEE Membrane, raising of all fan units/soil stack penetrations and the perimeter low-parapet wall, including a tapered insulation system with a Dens-Deck cover board.

This assembly was all installed over a newly applied self-adhering vapor barrier, which allowed for a weathertight project, quicker demolition of the existing roof assembly and, in general, a much cleaner, smoother running project with no traffic on the newly installed membrane.

This system was selected due to successful use on past projects,  plus addressed foot-traffic concerns, (membrane is extremely puncture resistant), maintenance personnel preferring the ease of maintenance, dark gray color, and lastly, long service life with an extremely low life-cycle cost.